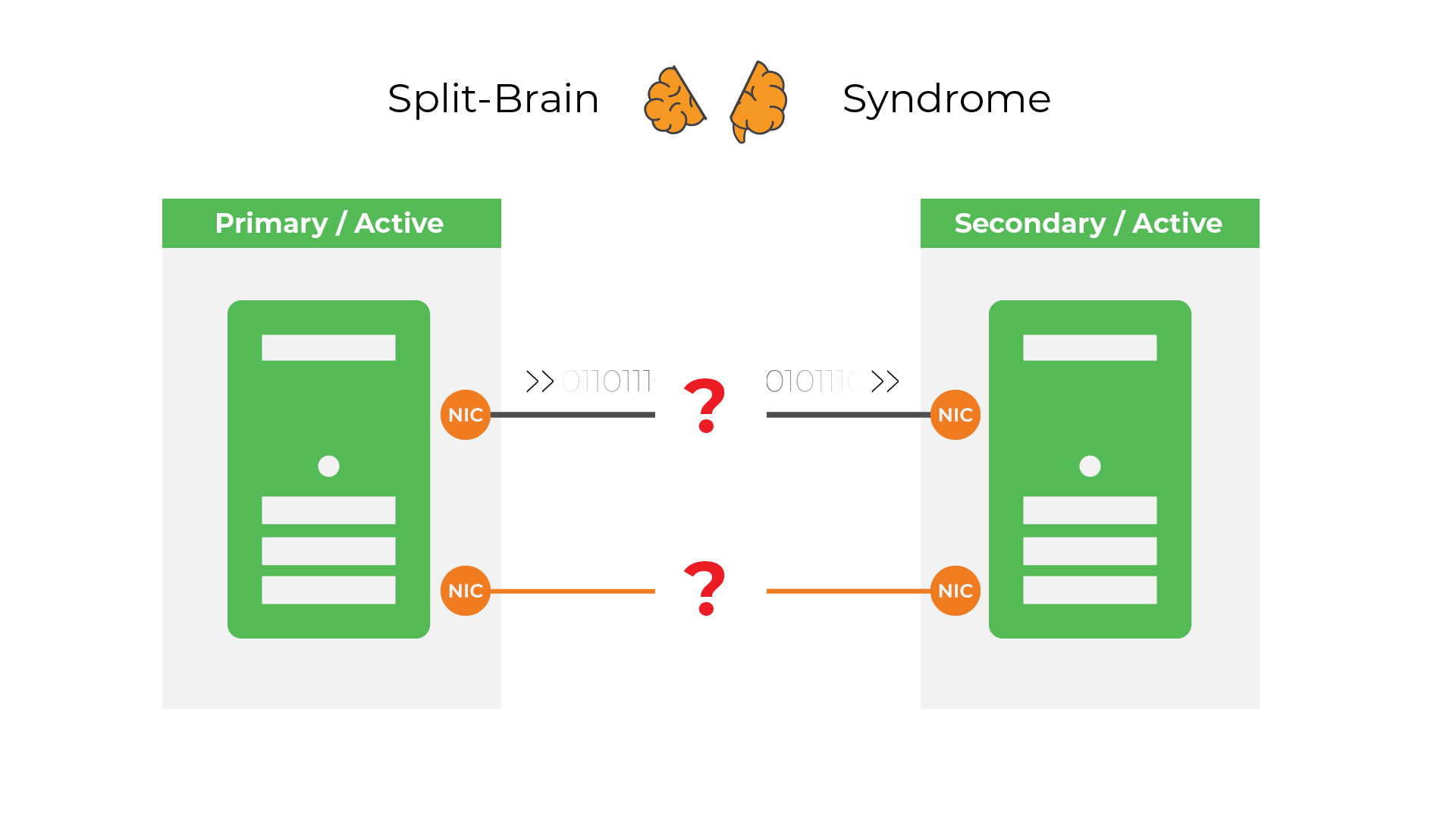 At the completion of this session you should be able to:

Situations may occur where you encounter two servers running in the active mode. The occurrence of two active servers is referred to as Split-Brain Syndrome. An organization experiencing Split-Brain Syndrome can have two servers servicing the clients, thereby causing each server to update its application data independently from the other. Since these data differences may not subsequently be merged, the situation can result in data loss during synchronization.

Split-Brain Syndrome can be the result of loss of:

To resolve Split-Brain Syndrome, identify the server with the most up-to-date data. This server should remain as the active server. Do not assume that the primary server should always be the active one. You must identify the one with that has the most up-to-date data.
Shutdown Neverfail Continuity Engine on all servers and use the Configure Server Wizard to reset their roles to active or passive appropriately. Reboot the servers and allow the server cluster to re synchronize. More information about this process is located in the Neverfail knowledge base.

The first indication that Continuity Engine may be experiencing too passive servers (pair) or three passive servers (trio) is when users are unable to connect to protected applications. This situation can prove critical to your business and you should address it immediately. If you've already configured your alerts, you will receive notification that replication is not functioning properly.

Whereas the Split-Brain Syndrome usually happens because of faulty communications between the servers, all servers being passive servers can occur when you have an unclean (ungraceful) shutdown of Neverfail Continuity Engine.
This can result from:
This behavior is by design to protect data integrity.

You must manually configure which server you want to be active, choosing the primary or secondary server, or possibly the tertiary server if you have a trio. To do this, you must perform the following steps:
More information about this process is located in the Neverfail knowledge base.