An IBM BigFix server should be installed and configured.

Neverfail Continuity Engine servers should be able to access IBM BigFix in order to be managed remotely from there.

Thus, a Cozen Management Name and IP Address with access to IBM BigFix must be configured on each node, in order to be able to connect to IBM BigFix when both in active or passive role. The DNS name resolution option needs to be configured for the management IP address from Server Configuration Wizard.

Neverfail Continuity Engine passive server nodes can be managed through IBM BigFix only after performing one of the following configurations: from the IBM BigFix server side (1) OR from the managed node side (2).

During the IBM BigFix Server installation, a DNS name will be requested, which will be recorded for license and it will be used by Clients for identifying the server. Neverfail recommends (if possible) to configure the IP address for identifying the IBM BigFix during installation - this way the BigFix client subsequently installed on the Neverfail Engine passive nodes will be able to connect successfully to the BigFix server, without any other additional settings. 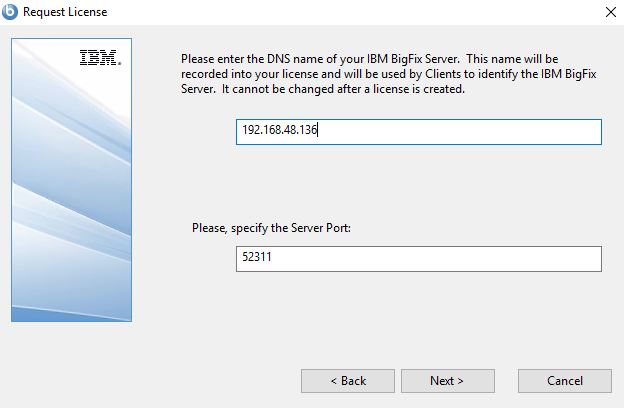 2. On the Neverfail Engine cluster servers

If during its installation the IBM BigFix server was configured with DNS Name then the Neverfail Engine nodes must be tweaked so that the IBM BigFix client installed on them may access the BigFix server, when the node is in passive node. A way of achieving this is by adding the IBM BigFix IP Address - DNS name mapping in the C:\Windows\System32\drivers\etc\hosts file, as follows: 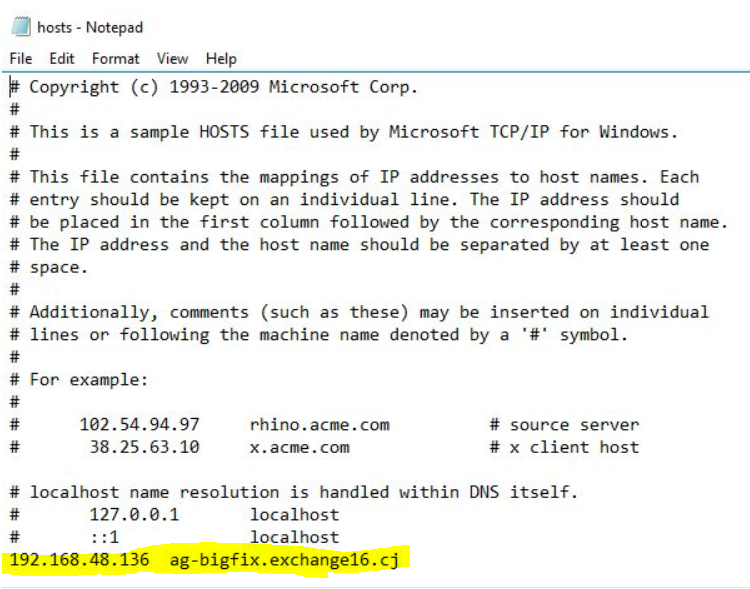 After the installation, the Engine cluster managed nodes are visible in the IBM BigFix Console in Computers tab: notice the same computer name ("AG-BIGFIXCLIENT") for both nodes - this  value corresponds to BigFix client computer name inspector and it's expected to be so in a Cozen Identity enabled server.

In order to tweak the IBM BigFix Console for displaying the Cozen/DNS name, right-click on the Computers table header and add the DNS Name column: 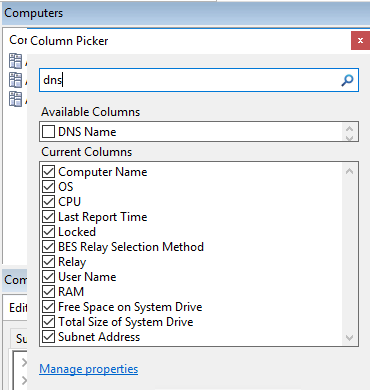 All the Engine Cluster nodes registered in IBM BigFix server can be managed or patched no matter if they're active or passive. 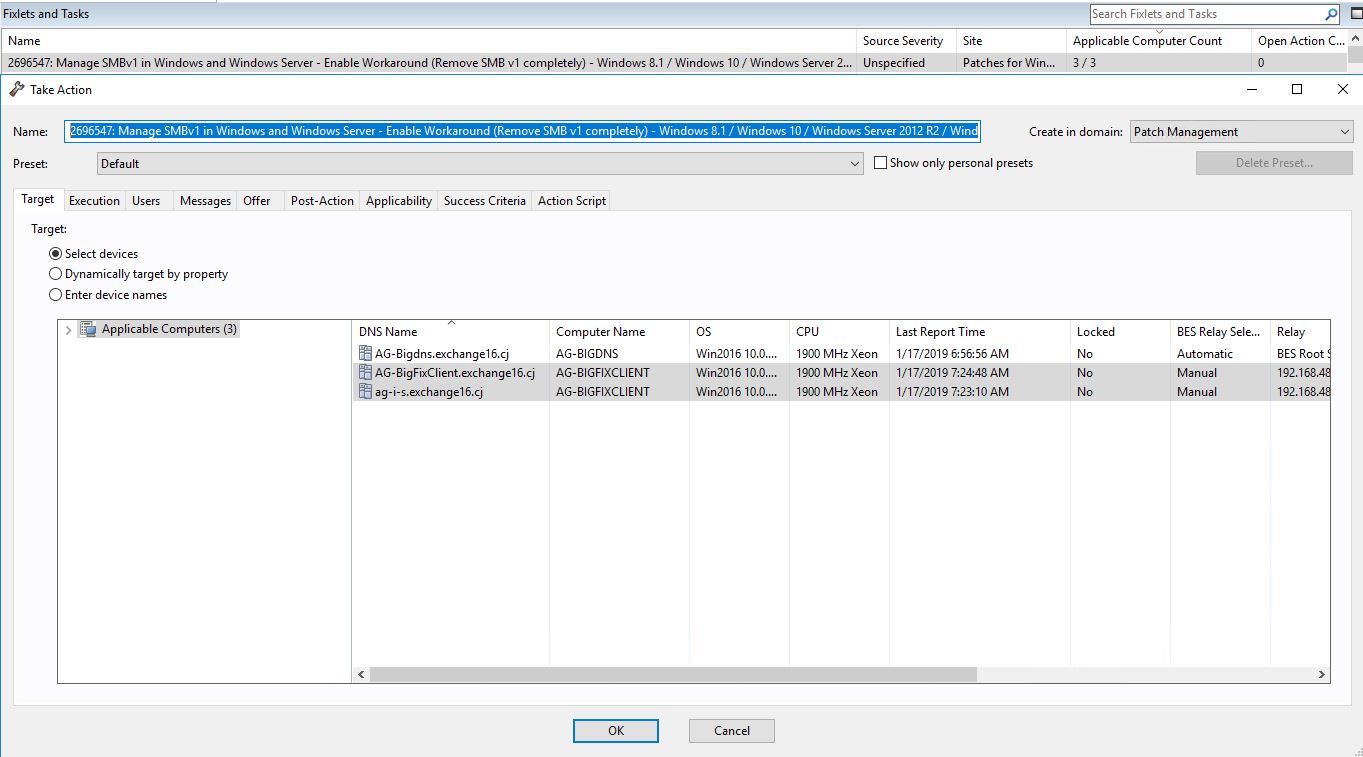